Beckey is the Head Team Coach and Owner at WEG. She has spent most of her life involved in gymnastics. Beckey started coaching as a teen and now has over 30 years of coaching all levels of gymnastics and tumbling under her belt. Beckey was a competitive gymnast and tumbler for 7 years. She has won state and national titles as an Advanced Optional Gymnast and Elite Level Tumbler. On full academic scholarship, Beckey attended Central Michigan University, where she graduated with a B.S. in Health and Fitness in Preventive and Rehabilitative Programs. While at CMU Beckey was on the track team and was also an athletic trainer with the gymnastics, wrestling, track, and men’s basketball teams.

Beckey is a certified professional member of USA Gymnastics as well as a certified meet director.  She has also received aerials instructor training through Aerial Angels of Kalamazoo.  In November 2017 Beckey graduated from Jeff Metzger’s Gym Club Owners’ Bootcamp. 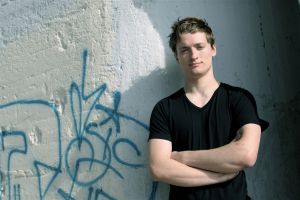 Levi Meeuwenberg began his career with a bang by performing
freerunning in Madonna’s Confessions World Tour and Jump music video.
He has worked on commercials for KSwiss, Toshiba, Ford, Comcast,
Philips and was the lead actor and stuntman in an AT&T commercial
directed by Michael Mann. Working with director McG, he was a parkour
stunt double on the NBC show Chuck. He went on to play the character
of a parkour expert on The Forgotten on ABC. Levi is a member of Team
Tempest Freerunning and is most widely known through his numerous
outstanding performances on the G4 game show, Ninja Warrior…you
do not want to miss his showreel! With over seven years of experience,
Levi stands out in the nation and the world as a top freerunning and
parkour athlete.

Years as a Freerunner: 14
Coached Parkour at Tempest Freerunning Academy in LA, and American
Parkour Academy in DC

Kaitlyn Bohnet is a former Water’s Edge competitive team member.  Kaitlyn brings 11 years of gymnastics training and 6 years of coaching experience to her classes.  Kaitlyn is experienced in pre-school and school age recreational gymnastics as well as developmental programs (pre-team), Xcel, and compulsory team coaching.  She has been trained in aerial silks and aerial hoop by the professional aerialists of Aerial Angels of Kalamazoo.  She has been teaching aerial classes at Water’s Edge since their inception in August of 2013.

Alyk Fuller has been teaching Edge Parkour for 6 years.  Alyk has trained with professional traceurs across the USA and has also been trained through Aerial Angels and Starfish Circus in Aerial Silks and Hoop.  Alyk is a Starfish Circus instructor and has taught and performed for them within the US as well as in Dubai, India, and Kuwait.  Alyk has also done professional parkour work with Armor Express.  Alyk spent a year in Florida where he coached compulsory level gymnastics for LaFleur’s Gymnastics.

Shelly has been coaching preschool and recreational gymnastics for 8 years and has 16 years of early childhood teaching experience.  She holds her CDA (Child Development Associate Credential) as well as her Montessori teaching credential.  In addition, she is also USAG Safety Certified.  Shelly personally has a recreational gymnastics and dance background (ballet, adagio, and jazz) as well as extensive theater experience.  Shelly has also been trained in aerial silks and aerial hoop by the professional aerialists of Aerial Angels of Kalamazoo. 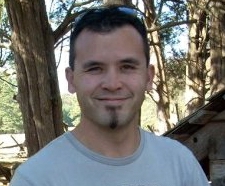 Jason began his coaching career at Water’s Edge (previously NMGC) at the age of 14 when he took over the gymnastics class he was enrolled in.  One year later he was coaching with the competitive team and became the assistant head coach by the time he graduated from high school.  Over the next 20 years he was instrumental in building one of the strongest and most successful programs in the state.  In 2003 Jason moved into the collegiate ranks as an assistant coach for Western Michigan University.  Through the next three seasons his influence in the gym produced gymnasts that broke every event and All-Around record in the WMU books.  This momentum culminated in a MAC/NCAA team championship in 2006…..a first in 20 years for the WMU program.  Retired since 2007 Jason has returned to his roots, and is now assisting with the Water’s Edge pre-team developmental program. 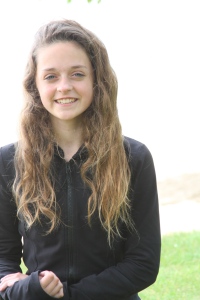 Liliya has been involved with Water’s Edge Gymnastics since she was a young child.  She was a competitive gymnast for 7 years where she received many state and regional championship titles.  Liliya has 5 years of Aerials performance experience through Starfish Circus and has been trained to teach by professional aerialists from Aerial Angels out of Kalamazoo.  Liliya had the opportunity in 2015 to travel for 6 weeks with Aerial Angels as as an intern where she got to perform at the Victoria International Buskers Festival in Canada and to teach a Starfish Circus workshop in Oklahoma.  Liliya has been teaching and assisting with gymnastics and aerials classes for 4 years. 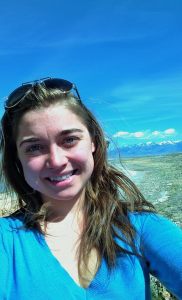 Hayley was a competitive gymnast for Water’s Edge for 10 years and a part-time gymnastics instructor for 3 years when she left to study Exercise Science and Dietetics at Eastern Michigan University.  While at EMU Hayley worked as an after-school teacher at Honeycreek Community Schools.  Hayley currently coaches pre-school and school-age gymnastics.  Hayley continues her education online through EMU.

Stephanie has been affiliated with Water’s Edge Gymnastics since she was seven. She attended classes for three years and then made the pre-team in 2003. She started competing in 2004 and completed Levels 5-7 and Prep-Opt Gold & Platinum. She started coaching Preschool classes and Aerials for Water’s Edge Gymnastics in December 2013. Stephanie received aerials instructor training through Aerial Angels of Kalamazoo.  Stephanie has also been working with children ages 0-5 in a preschool setting for 4 years.  Stephanie is First-Aid CPR AED certified.  Stephanie also holds 2 CDAs (Child Development Associate Credential Infants/Toddler and Preschool ). 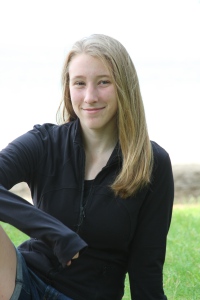 JD Sissen  has 5 years of Aerials performance experience through Starfish Circus and has been trained to teach by professional aerialists from Aerial Angels out of Kalamazoo. JD had the opportunity in 2015 to travel for 6 weeks with Aerial Angels as as an intern where she got to perform at the Victoria International Buskers Festival in Canada and to teach a Starfish Circus workshop in Oklahoma.  JD has been teaching and assisting with aerials classes since their inception in August of 2013.

Michelle holds a double major in Dance and Psychology, as well as an Education minor from the University of California, Los Angeles. She currently holds a position in residential life at Interlochen Arts Academy, and is teaching dance classes in Traverse City and coaching preschool gymnastics at Waters Edge. Michelle has over 19 years of dance experience under her belt, and was a recreational gymnast at Broadway Gymnastics in Los Angeles. She then shifted her focus more seriously to her dance and choreography career, where she danced in companies such as LA Unbound and TheCRayProject, and was a Director of both Foundations Choreography and ICARUS Contemporary Dance Company. She has also produced the UCLA Dance Program’s annual show, Yes to Bodies, and has danced for artists such as Todrick Hall, RAWartists LA, Q.K. Entertainment, Hip Hop XYZ, The Mother Company, and more. Additionally,Michelle has taught dance and acrobatics at various studios across Washington state, Los Angeles, and British Columbia. Michelle is new to the Traverse City area, but she brings many years of teaching and coaching experience with her. She is so excited to join the Waters Edge family!